Three Contractors Incorrectly Blamed It On A Bad Roof.
We Found The REAL Issue… And Fixed It RIGHT.

Sometimes, two heads aren’t better than one… and three can be even worse.

That’s what Greg discovered when not one… not two… but THREE roofers failed to fix his ceiling’s mold and leak issues.

Greg owns a ranch-style home in Telford. He bought the home several years ago after it was renovated and flipped (an important detail to remember).

About a year after he moved in, Greg started noticing wet spots and a bit of mold growth on his ceiling. As most homeowners would, Greg assumed these issues were due to a leaky roof. After all… what else could it be?

So Greg called a local roofer to come and look at the problem. What happened next was a classic case of “When you’re a hammer, everything looks like a nail.” When you’re a roofer, every ceiling leak looks like a roofing problem.

But as you’ll see, sometimes the issue is a little more complex—and something only the most experienced roofing contractors know to look for.

The first roofer Greg called naturally presumed the problem was a leaky roof. After all… what else could it be?

So Roofer 1 climbed onto Greg’s roof. He re-caulked the seams, the shingles, and the other areas where water may be infiltrating. By the time Roofer 1 was done, every area of Greg’s roof was sealed shut.

So Greg called a different roofing company to take a look at his home.

Roofer 2 took a look at the wet spots on Greg’s ceiling and also concluded that the problem was a leaky roof. After all… what else could it be?

Assuming that Roofer 1 did bad work, Roofer 2 climbed on Greg’s roof and re-caulked the first roofer’s re-caulk job. He sealed every spot you could possibly seal. Twice.

New wet splotches were still forming on Greg’s ceiling. At this point, they were taunting Greg. Almost as if they were saying, “Come on, is that the best you got?”

Greg considered that the issue might not be the roof. He reached out to a roofing contractor that did more than roofing, in hopes that they’d have the expertise to identify the actual problem.

One year and dozens of tubes of caulk later, Greg still had a leaky, moldy ceiling. He was this close to abandoning all hope.

He decided he’d try getting it fixed one more time. If the next roofer didn’t solve the problem, Greg would admit defeat and live with the leaks.

Fortunately, the last contractor he called was us.

We’ve been in the roofing business since 1950 [Our Story]. We’ve seen it all and fixed it all.

While ceiling leaks usually ARE related to a roofing issue, we know there can be other causes. When Greg told us how the other roofers attempted—and failed—to fix the problem, we immediately recognized the REAL issue… 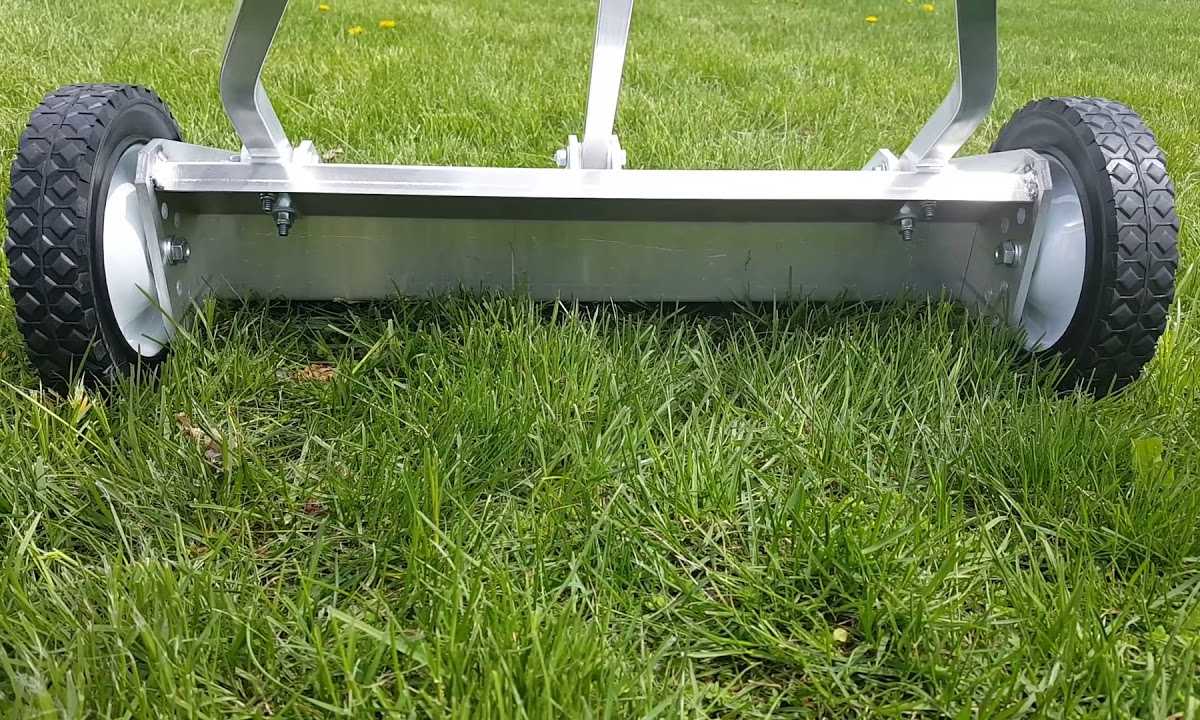 Do you remember when we said Greg’s home was previously flipped? Sometimes, unethical flippers will cut corners here and there to save on costs.

That was the case with Greg’s home. Whoever flipped the house did a poor job of insulating the attic. When we inspected Greg’s attic, we found a ton of bare spots where insulation should have been.

This caused outdoor air to penetrate Greg’s attic at a high rate. In the winter, the hot air rising up from the rest of Greg’s home was clashing with the cold air coming into the attic from outside. This created massive amounts of condensation in the attic, which produced mold, rot… and a LEAKY CEILING.

Unfortunately, new insulation wasn’t the only thing that would solve Greg’s problem. The moisture in the attic built up for so long that it was destroying Greg’s roof from the inside out. The wood of the roof exposed to the attic was severely rotted—so much so that it couldn’t be saved by repair.

And trust us: Since Greg’s roof was only 7-10 years old, we explored every possible avenue for repair. We genuinely didn’t want him to pay for a new roof if he didn’t have to. The damage was so bad, however, that the only option was to tear everything off and start from scratch. 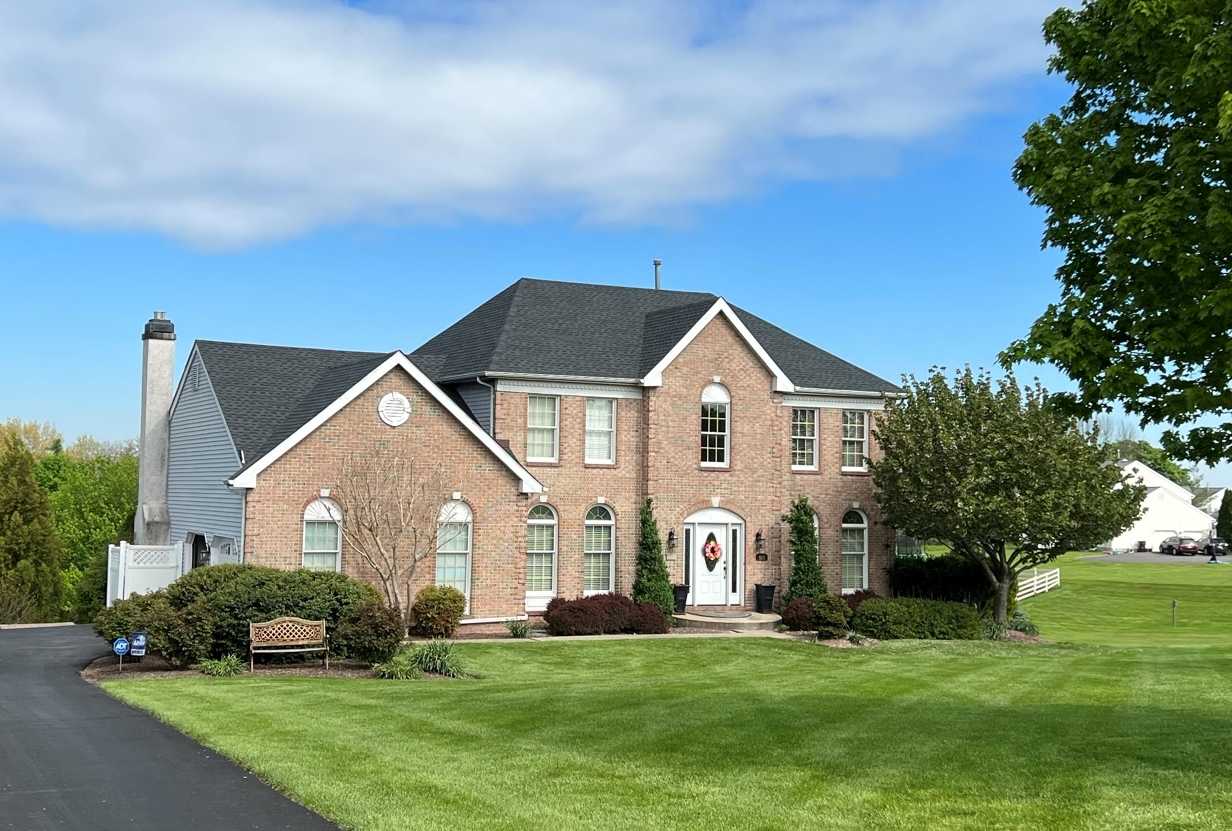 Greg’s old roof lacked proper ventilation, so we made sure to install soffit ventilation on his new roof:

After we installed Greg’s roof, we called Spots Insulation , the local specialist we trust when our customers need their homes insulated. Spotts came out and insulated Greg’s attic to block out ALL of that unwanted cold outdoor air that was causing the moisture issues.

At The End Of The Day, It’s About EXPERIENCE

If Roofer 1 or Roofer 2 had found the real problem, Greg’s old roof probably could have been saved. But their failure to pinpoint the issue wasted precious time… and ended up costing Greg thousands of dollars.

So… why didn’t the first three roofers inspect the attic insulation?

If we had to guess, it was probably a lack of experience. A leaky ceiling is going to be the result of a roofing issue 90% of the time. That’s why the other roofers assumed the roof was the problem.

That was the case with Greg’s leak. It had the classic symptoms of a faulty roof… which is why it took a truly experienced company to determine it WASN’T the roof.

Do you think you have a roofing issue? Get in touch , and we’ll tell you for certain. Even if your roof isn’t the problem, we’ll find out what is—and then guide you to the right solution.

Get A Free Roof Estimate

Contact us for a free estimate on roof replacement, roof repair, and exterior remodeling in Blue Bell, PA. Our appointments are educational, relaxed, and free from sales pressure. That’s a promise.

Get My Free Quote

Need a no obligation roofing quote?